Way back on Ash Wednesday, we began our exploration of spiritual longing, the yearnings within the human spirit that ache to be filled.  Sometimes, we choose things that actually sate our yearnings.  Other times, we choose things that only seem to sate them, but that, in fact, only leave us with deeper longings.  The invitation in exploring these achings of the human heart is to find true fulfillment for them…because, as Augustine wisely said, “Our spirits are restless until they find their rest in God.”

Thus far, we’ve considered our longings for safety, God, reconciliation, resurrection, certainty, and forgiveness.  The thing that seems to happen every time I plan a sermon series long in advance is that a topic that’s identified months before ends up being the perfect topic for its day on the schedule.  The topic chosen months ago for today?  Longing for comfort.

I suspect many of us here today are longing for comfort.  We prayed for Joshua Derby for a long time…from his diagnosis of leukemia through every hospital stay…  We rejoiced at every bit of good news, and grieved with every relapse.  Most of us didn’t know Joshua, but we know and love his mother Janet Derby….who teaches and loves our children so well.  It has seemed a natural thing for us to love and pray for HER child during this arduous journey.  And so we have. 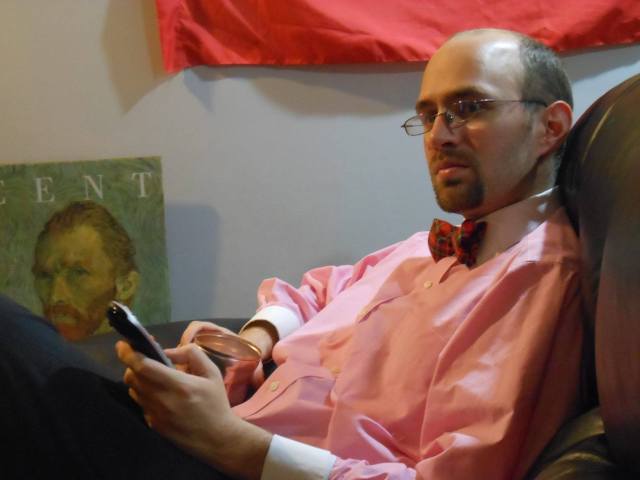 We continued praying for Josh until the moment he welcomed death last Wednesday morning.  Josh fought so hard!  He loved life…and when it was time to release it, he did that, too, with great love….a love he learned from his mom, dad, and the rest of his family.

Death is hard.  The death of one so young–nearly unimaginable.  Even so, we are grateful Josh isn’t suffering any more.  We’re glad he never has to make another trip to the hospital or endure any more biopsies.  Josh is free.  And we are grateful.  We celebrate his life.

And we are heartbroken.  We did not want it to end this way.  When I first talked to Allen after I got the news, I told him, “I knew this was coming, but I didn’t expect it.”  I thought I was prepared, but when death comes, it always seems surprising, doesn’t it?

That’s where a group of women in the coastal city of Joppa find themselves.  Their good friend Tabitha becomes ill and dies.  We’re told that Tabitha’s “life overflowed with good works and compassionate acts on behalf of those in need.”  When Tabitha dies, her friends wash her body and lay her in an upstairs room.  Hearing that Peter is in nearby Lydda, two people go there and bring him back with them to Joppa.

When they arrive at Tabitha’s house, they take Peter to the upstairs room.  A group of widows meet him.  In a heart-wrenching scene, we’re told the women are crying and that they “show Peter the tunics and other clothing Tabitha made when she was alive.”

The story goes on after that.  Peter raises Tabitha from the dead.  I don’t know about you, but that part of the story just doesn’t interest me today.  Because everyone who gets sick and dies doesn’t get raised.  Worn out from fighting disease, longing for rest, the bodies of loved ones stop fighting and, finally, slip into the rest for which they have yearned.

But for those of us who are left…like those widows in Joppa, we are beside ourselves with grief.  The ache for our loved one is so intense…it’s like our insides are broken into a thousand pieces like this cross…Someone once described it as being like wearing the inside of your skin on the outside.  Everything hurts.

Today as we grieve the loss of Josh–and all the other losses we’ve known–I suspect Tabitha’s resurrection doesn’t resonate nearly so well as the grief of those widows, inconsolable, touching the things that Tabitha had touched, yearning for anything to bring them comfort.

From where might our comfort come today?  If not from physical resurrection, how might we find consolation for our disconsolate spirits?

For an answer to that question, I consulted an expert on the topic–Janet Derby.  I called Janet and told her where I thought the sermon was going this week and asked if it was okay to talk about Josh.  She thought about it and said it was okay, though she did want to read the sermon before today.  She has.

Then I sent her an email asking what has brought her comfort this week, that I might like to use her answer in today’s sermon.  She sent me six emails.  (I haven’t checked my email in the last couple of hours.  There could be even more waiting in my in-box.  If I didn’t know any better, I’d say Janet’s been longing to “help” me with my sermons for quite a while.  🙂

Everyone finds comfort in different ways.  Often, it takes us a while to figure it out.  Some of that, I think, is because grief is so unwieldy.  It’s unpredictable.  What brings us comfort one day may have little effect the next.  Even so, I share with you Janet’s responses to me–in the order in which they arrived in my in-box.  May you find within them something that resonates with your own longing for comfort.

The first email included the pictures on your bulletin of artwork created for Janet by the children and middle schoolers, along with this note written by a member of this community.

Somehow I believed that being a prayer warrior to someone I have never laid eyes on would have the special powers of Almighty God and those prayers would be mighty and endlessly powerful. But opening the email to the news of Josh’s passing has thrown me. I guess I was naïve. I never considered that he would die. How can someone die when so many people are so prayerful?  It will take some time for me to process the idea that there was another plan for Josh.  And now the Lord has another warrior by his side. Janet, I grieve with you. I can’t imagine your pain. I pray now for his soul to rest and for your family to feel the fellowship of all our love as you walk this path.

The next email from Janet included these things….

The third email contained a story from Janet’s sister-Sister Mary Pat.  The sister-in-law of one of Mary Pat’s fellow nuns, Marilou, was distraught.  She’d lost her engagement ring.  In the wake of her husband, Fred’s, death last Fall, the loss was traumatic.  So, Sr. Carolyn prayed to Josh and Fred, and Marilou immediately found the ring by the TV in the living room.  To quote sister-Sister Mary Pat:  “Josh’s first miracle!”  I think they’re in the process of submitting it the Vatican.  🙂

My husband, Ken, has always said that I and his children know the sound of his whistle. One of his favorite memories of our son, Josh, took place in front of the Venice train station. We were vacationing there and Josh was meeting us after being in London for a few days. We did not have cell phones at that time, we just knew the time he was supposed to arrive. As we stood on the steps, Ken whistled. The next thing we knew, Josh was walking up to us, having heard and recognized his dad’s call. So too, it is with God. I can think of little that is more reassuring than knowing that we are safe in the reach of God’s call and care.

Yesterday morning, I got this email:

As I lay awake last night I continued to think about your question. I realized that with the exception of memories, what I listed are mostly surface comforts. Going deeper, what gave me comfort this week was the presence of love. Having Matt and my sisters– who have cared for me through this journey from a distance– physically present to hug me the last couple of weeks was tremendous. Yet I know, as Ken said last night, they will not be here after a time. I don’t think I am as concerned for me when that happens. I think that is because I believe that when I need to get back to the normal ordinariness of life I will continue to be surrounded by people who have been on this journey with me and will understand that, for me, life will never be totally normal again.

We’ve heard that testimony so many times in this room—that the thing that got us through a rough time was being surrounded by the people in this community, to receive the hugs, to be embraced and sustained by the love of these people for us.  Grieving alone–if that’s even possible — is a much more treacherous journey than grieving in the midst of community.

It’s not easy to share our grief with others.  I’m sure it hasn’t been easy for Janet to share so deeply with us or even to be here today.  But her presence among us today is testimony to just how deeply she believes in community—in this community—and to just how much comfort she has experienced by being part of this community.  Janet, we love you.  And we are grateful that you have shared this entire journey with us.  You have blessed us with your vulnerability.

Here’s the last email (that I know of):

The one thing I failed to mention was music. “Oh Jesus, I Have Promised” has been running through my head even though I don’t know it very well. But having Josh sing it in the hospital when I asked him about favorite hymns allows me to feel him singing it with me. And sometimes at night when I can’t fall back asleep, I sing “Hymn of Promise” in my head.

As a tribute to Josh, we’re going to sing “O Jesus, I Have Promised” right now.  And instead of the last hymn that’s listed, we’re going to sing #433, “In the Bulb There Is a Flower,” which is the text for “Hymn of Promise.”  Now, y’all, don’t be looking at Janet to sing either of these hymns.  She’s already told me that today, that’s just not going to happen.

Let us sing together and celebrate the life of Joshua Derby.