Posted on February 23, 2017 by reallifepastor

I’ve tried to stay positive.  I’ve clung to hope that things wouldn’t get as bad as I’d imagined.  My hope is waning.

Current policies whittling away at my hopefulness: 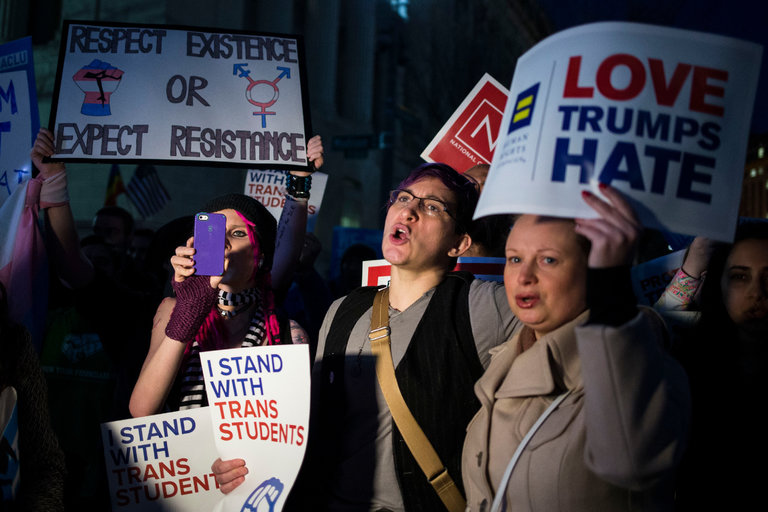 *ignoring the concerns of Native Americans at Standing Rock (It’s little wonder that a portrait of Andrew Jackson, architect of policies that led to the Trail of Tears, hangs in the Oval Office.)

*proposal of a bill in the House of Representatives (co-sponsored by my representative, Barry Loudermilk) that states in full:   “The Environmental Protection Agency shall terminate on December 31, 2018.”

As I reflect on most of the policy decisions being made by the current administration, they seem to grow from a single belief:  that some lives have more inherent value than others.  That is a description of sin.

*Yesterday’s decision about transgender students is humiliating, not to mention permission-giving for bullying and discrimination.  It is sin.

*Millions of people in our country right now are terrified of being deported.  In the elementary school where a friend teaches, so many children have parents who have been deported, they’ve created a support group for them.  Tearing families apart and traumatizing children–It is sin.

*Our nation’s treatment of native peoples continues to diminish them.  One might even question that drawing up treaties with Native Americans was itself an injustice–not because covenants aren’t good, but because the land was theirs in the first place.  How good, though, that treaties were drawn up.  They didn’t negate all the damage that already had been done to Native peoples, but they did lay out a way forward that would be more mutual, if not equitable.  To arbitrarily ignore the spirit of these treaties is demeaning to Native Americans.  It is sin.

*A one-sentence bill providing for the termination of the Environmental Protection Agency by the end of 2018.  Sigh.  We have one planet.  Through our greed, we have done great harm to Earth.  Why would we not want to protect our one planetary home?  Ignoring our call to stewardship of creation–It is sin.

The good news from my Christian faith, though, is the gift of redemption through repentance.  In the tiny flame of hope still flickering deep inside me, I pray for repentance.  And redemption.  And restoration.