On February 26, 1979, Yakima, Washington, saw a total solar eclipse.  Writer Annie Dillard and her husband Gary, drove from their home on Washington’s coast to experience it.  Like we did last Monday.  Some of us saw a partial eclipse, while others traveled to locales within the path of “totality.”  If you were to write about Monday’s eclipse, what would you say?

In an essay titled, “Total Eclipse,” written two years after the big event, Dillard struggles to find words adequate to her experience of totality.  It’s like the context of everything– day/night, earth/sky, light/dark, real/surreal –shifted to a point beyond which words can reach.  The closest she can come is poetic stabs in the dark, like:  “I was standing in a movie of hillside grasses filmed in the Middle Ages.”  She’s relieved when, later that morning at a restaurant, someone describes the eclipsed sun in the dark sky with its glowing corona as a lifesaver.  That mundane image ushered Dillard back into the reality she was used to inhabiting.

Another part of the eclipse-viewing experience Dillard considers is the scream.  Just as the blackness began slipping over the face of the sun, many of those gathered screamed.

Dillard wonders if the scream wasn’t so much in response to the eclipse as it was to what happened just before it.  She writes:  “The second before the sun went out we saw a wall of dark shadow come speeding at us.  We no sooner saw it than it was upon us, like thunder.  It roared up the valley.  It slammed our hill and knocked us out.  It was the monstrous swift shadow cone of the moon.  I have since read that this wave of shadow moves 1,800 miles an hour.  Language can give no sense of this sort of speed–1,800 miles an hour.  It was 195 miles wide.  No end was in sight–you saw only the edge.  It rolled at you across the land at 1,800 miles an hour, hauling darkness like plague behind it.  Seeing it, and knowing it was coming straight for you, was like feeling a slug of anesthetic shoot up your arm.  If you think very fast, you may have time to think, ‘Soon it will hit my brain.”  You can feel the deadness race up your arm; you can feel the appalling, inhuman speed of your own blood.  We saw the wall of shadow coming, and screamed before it hit.”  (Teaching a Stone to Talk, 25)

I wonder how quickly the shadow of slavery overtook the Israelites in Egypt.  Did it seize them all at once?  Or did it creep in incremental edicts and micro-whittling of rights?  Ancient Chinese people responded to total solar eclipses by yelling at them until they went away.  If slavery came as sudden onslaught, surely the Israelites as a people would have screamed it away.

So, maybe it was a slow thing.  They’re living their lives, adjusting each decade, each year, each month to the methodical erosion of their self-determination when one day, they wake up enslaved.  Then every day becomes like every day before it… Dig the mud.  Make the bricks.  Work hard.  Work fast.  Go home tired.  Get up tomorrow and do it all again.

Then, terrified by the exploding population of Israelites, the Egyptians begin a true reign of terror, deepening the darkness that already hangs like a pall over the Israelites.  Pharaoh calls the Hebrew midwives in and tells them to kill all the boy babies as soon as they are born.

But even in the deepening darkness, Shiphrah and Puah see subtle shifts in light.  When the landscape is seized by surreal alterations—triggered by Pharaoh’s heinous command–when light shifts, when darker darkness rolls in, Shiphrah and Puah are ready.  They scream.

But not loudly.  They scream quietly…in furtive glances to and from birthings, in reassuring smiles to fearful laboring mothers, in full command of the power of their roles, even in the mundane, everyday work in which they engage…  They scream quietly when summoned to a puzzled Pharaoh, who frets over a greater abundance of Hebrew boy-children since his edict.  Shiphrah and Puah scream their quiet reply dripping obeisance, “The Hebrew women are not like the Egyptian women; for they are vigorous and give birth before the midwife comes to them.”  What’s a midwife to do?  Pharaoh then sends his own henchmen to dispatch the baby boys.

Except that one.  Born to a Levite and his strong, brilliant wife.  A mother who wove a basket, waterproofed it, placed her child in it, and sent it down the Nile in the direction of Pharaoh’s house.  The baby is discovered by a servant of Pharaoh’s daughter.  Moses’ sister Miriam emerges from the reeds and ever so innocently asks if she should find a wet nurse for the child…a ploy that reunites baby and mother.  Once he is weaned, Moses’ mother gives the child to Pharaoh’s daughter, who raises Moses as the grandson of a king, a stature that eventually will help Moses lead the Israelites to freedom.

Shiphrah and Puah.  Whenever I mention Shiphrah and Puah to folks, I usually get blank stares, which always makes me sad.  There should be statues somewhere to these brave, brave women!  Talk about women who were told what to do, but nevertheless persisted!  Those women were brave!  And smart.  And compassionate.  And courageous.

What darkness hangs like a pall over you right now?  Is it chronic illness?  Addiction?  Debt?  Is it fear of the effects of climate change?  Of intensifying racism?  Of the rapidly widening gap between rich and poor in our country and the world?  Is it an unsettledness at just how fast the world is changing, a rate of speed with which you can’t keep up?  Is it fear of bullies, or fear for those who are bullied?  Is it concern for a loved one who struggles with mental illness?  Is it broken relationships you desperately want to be healed?  Is it being in limbo, waiting for a new job to appear, or for a diagnosis to come in, or for deliberations finally to crystallize into a decision?

What darkness hangs over us?  What deeper darkness rushes toward us faster than we can register?  And how in the world do we follow Shiphrah and Puah’s courageous example and find the light in this darkest of nights?

In our own time of darkness, we can look for light in the same places Shiphrah and Puah looked for it—inside ourselves and in our togetherness.

Do you know about bioluminescence?  Down in the depths of the ocean live tiny creatures who, when threatened, emit their own light.  Yes.  Through some evolution-ordained biochemical process, they create their own light to defeat the power of darkness and the scary things that hide there.  When the darkness deepened around them, Shiphrah and Puah used the light within each of them to scream at the darkness—the light of their skill and experience as midwives.  They didn’t have to gain new skill; they didn’t have to pray up some super-human strength.  They only had to believe fully in the important work they already were doing—assisting women in childbirth—and go with it. 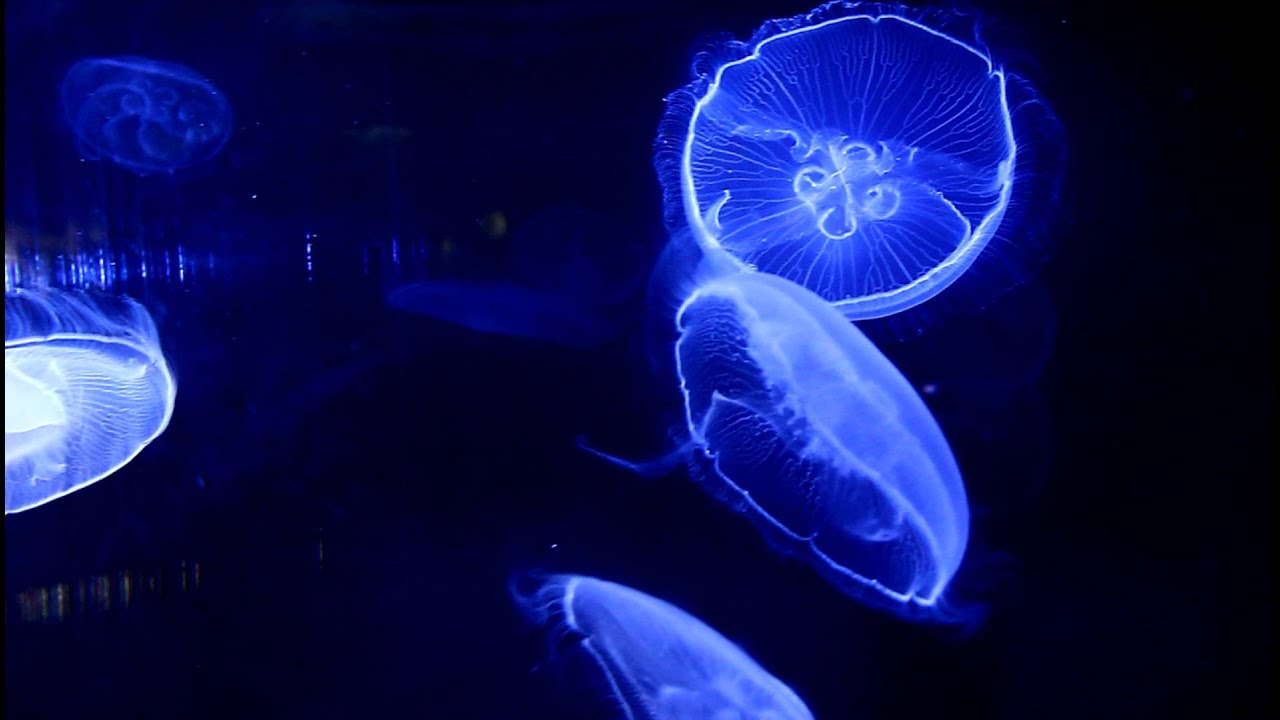 Another source of light Shiphrah and Puah’s story reveals is the light of their togetherness.  In his UCC devotion this week, Quinn Caldwell describes the kind of light I’m talking about.  The devotion reflects on Psalm 124, which reads:   the flood would have swept us away, the torrent would have gone over us; then over us would have gone the raging waters.
Quinn tells the story of two women who visited Panama City Beach earlier this summer.  “They  heard screams and saw two young boys hundreds of feet from shore.  The boys had gotten caught in a rip current and couldn’t get back. There being no lifeguards on duty, the women went out on boogie boards to try to save them, and got stuck themselves.  Multiple other rescue attempts failed, until there were nine people caught in the water and in danger of drowning.

“That’s when the people on the beach realized that no single person was going to be able to save them. This was a problem that was bigger than any one swimmer, even a strong one, could handle.  So one by one, then ten by ten by ten, they linked arms, forming a human chain reaching out toward the stranded swimmers.  And having made their human bodies into one huge super-human body, they plucked those swimmers from the waters and passed them back to shore.  Not one person died that day on Panama City Beach.”

One imagines today’s Scripture story going much differently had it only been Shiphrah or Puah.  One midwife defying Pharaoh…it’s hard to imagine how that could have worked.  But two midwives?  Two midwives, drawing on their own inner strength, letting their individual lights shine…joining their lights together…provided a means of liberation for their entire people.

Here at Pilgrimage, we have no pall of darkness hanging over us, nor any ominous cone of darkness rushing to overtake us.  There is so much light here!  There is light within each of us, just waiting to shine forth.  There’s even more light we can create by joining our individual lights together.  There are so many who would find this place, literally, a life saver for them.  How might we become the beacon they need?  How might we join our hands together to form a chain that can reach them?  How might we become the light the world is so desperate to see?   “This Little Light of Mine”