Posted on October 7, 2018 by reallifepastor

The title of today’s sermon is:  “Intersectionality, Ubuntu, and the Image of God.”  I told you I couldn’t wait to hear the sermon that would go with that title.  🙂  For those who weren’t here last week, the title of today’s sermon was included in last week’s bulletin.  As sometimes happens, the news cycle sent the sermon in a different direction…which was fine, but I forgot to change the sermon title in the bulletin.  So, I apologized to folks last week, then said I couldn’t wait to see what sermon I’d write to go with the title.

It was just a line to get some laughs, which it did.  But when I thought about this week’s theme–World Wide Communion Sunday–I realized, this is the week!

Intersectionality.  Ubuntu.  Image of God.  How might those three ideas come together on World Wide Communion Sunday, this day when Christians across the globe remind ourselves of all the other Christians around the globe who are reminding themselves that the Body of Christ is large and diverse and beautiful and deeply loved by God?  Let’s look at each idea.

Intersectionality.  Have you heard that word before?  If you have, do you know what it means?  At the heart of the idea is that all of us have multiple identities.  I am a woman, but I’m not only a woman.  I am a white person, but I’m not only a white person.  I’m a person with a lot of education in my background, but that fact doesn’t define all of who I am.  I’m a Southerner… which tells you a little about me, but only a little.

Who I am is the result of all these different aspects mixing together, interacting with each other.  It’s like baking a cake.  A cake has lots of ingredients, right?  If I were a baker, I could tell you what some of those ingredients were…flour, maybe.  Sugar.  Eggs?  Lots of stuff.  If the ingredients just sit side by side on the counter, you aren’t going to get any cake.  Cake only happens when the ingredients are mixed together and baked.  (Or in my case, half-baked.)

So, if you try to define me by only one of my identities, you will miss the cake that is Kim.  If you only look at one of my ingredients, you’ll only see one small part of me.  It’s the opposite of stereotyping, right?  Stereotyping is what happens when you define a person based on only one aspect of their identity–their race or gender or sexual orientation or age or socio-economic status.

When we fail to see all of a person–the unique amalgamation of elements that makes them who they are–we can do significant harm to folks…or miss them all together.

Do you know the story of the Women’s Suffrage March in Washington, D.C., in 1913?  It’s not one of the brighter moments from our country’s history of gender justice.  As the National Woman’s Suffrage Association organized the march for women’s right to vote, they sent African American women to the back of the parade.  Even Ida B. Wells, journalist, women’s rights advocate, and foremost chronicler of lynching in our country, was excluded from the Illinois delegation, leaving the African American icon nearly in tears. 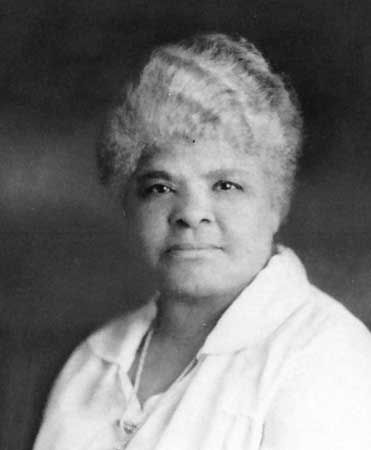 Sixty years earlier, in 1851, Sojourner Truth reminded those gathered for a Women’s Convention in Akron, Ohio, that, though her experiences were vastly different from the experiences of most white women, she was still a woman and deserved the equal rights they were discussing.  A decade before the Civil War began, Sojourner Truth said this:

Sojourner knew that if she didn’t remind those gathered of the different experiences of women of color, the women’s movement would, in fact, be a white women’s movement.  As we’ve seen, that’s pretty much what it was 60 years later at the march in Washington.  In truth, white privilege—or white supremacy—is still a struggle in the women’s rights movement.

The invitation of intersectionality is to see each person in the completeness of who he or she is…at least to the extent that’s possible.

Intersectionality.  Image of God.  What of Ubuntu?

Ubuntu is a concept that comes from Bantu culture.  Here’s how Archbishop Desmond Tutu describes a person living out of an Ubuntu way of life.  “Ubuntu speaks of the very essence of being human. We say, “Hey, so-and-so has ubuntu.”…which means you are generous, you are hospitable, you are friendly and caring and compassionate. You share what you have. It is to say, “My humanity is caught up, is inextricably bound up, in yours.”  “I am because we are.”

“A person with ubuntu is open and available to others, affirming of others, does not feel threatened that others are able and good, for he or she has a proper self-assurance that comes from knowing that he or she belongs in a greater whole and is diminished when others are humiliated or diminished, when others are tortured or oppressed, or treated as if they were less than who they are.”

Ubuntu isn’t a Christian term, but World Communion Sunday is a terrific opportunity for Christians to practice Ubuntu.  Today, as we come to the table, we’ll live out the belief that our humanity is inextricably caught up with every other person’s, that our faith isn’t complete until we understand it in the context of everyone else’s faith.  We are not Christians by ourselves.  It really does take a village–a world village–to follow Jesus.

So, on this World Wide Communion Sunday, the invitation is to come to the table as children…accepting, loving, delighting in each other in the fullness of who each of us is.  What might that look like?  It might look like “Wandering Around an Albuquerque Airport Terminal.”

Poet Naomi Shahib Nye might not be a follower of Jesus, but based on this poem, I think she understands God’s kindom.  “Wandering Around an Albuquerque Airport Terminal.”

After learning my flight was detained 4 hours,

I heard the announcement:

If anyone in the vicinity of gate 4-A understands any Arabic,

Please come to the gate immediately.

Well—one pauses these days. Gate 4-A was my own gate. I went there.

Just like my grandma wore, was crumpled to the floor, wailing loudly.

Help, said the flight service person. Talk to her. What is her

Problem? we told her the flight was going to be four hours late and she

I put my arm around her and spoke to her haltingly.

The minute she heard any words she knew—however poorly used—

She thought our flight had been canceled entirely.

Following day. I said no, no, we’re fine, you’ll get there, just late,

Who is picking you up? Let’s call him and tell him.

We called her son and I spoke with him in English.

Would ride next to her—Southwest.

She talked to him. Then we called her other sons just for the fun of it.

Found out of course they had ten shared friends.

Poets I know and let them chat with her. This all took up about 2 hours.

She was laughing a lot by then. Telling about her life. Answering

She had pulled a sack of homemade mamool cookies—little powdered

And was offering them to all the women at the gate.

To my amazement, not a single woman declined one. It was like a

Powdered sugar. And smiling. There are no better cookies.

Non-alcoholic—and the two little girls for our flight, one African

American, one Mexican American—ran around serving us all apple juice

And lemonade and they were covered with powdered sugar too.

Had a potted plant poking out of her bag, some medicinal thing,

And I looked around that gate of late and weary ones and thought,

This is the world I want to live in. The shared world.

—has seemed apprehensive about any other person.

They took the cookies. I wanted to hug all those other women too.

This can still happen anywhere.

Not everything is lost.

That can still happen anywhere—even here, in this place, at that table, today.  Thanks be to God!

Naomi Shihab Nye, an Arab American, who lives in San Antonio, Texas gives voice to the humanity of two cultures – revealing our traditions, our customs and ultimately, our hearts.