In last week’s episode, the prophet of Israel—Elijah—defeated the prophets of Baal.  The powers that be were not pleased.  They set out to kill Elijah.  Elijah ran.  He slept.  He ate.  He whined.  Eventually, he found God in the sound of sheer silence then got called to his next assignment.  It might not have been Elijah’s brightest moment, but even in his weakness, Elijah did the important prophetic work to which God had called him.

Now, Elijah is getting up in years.  It’s time to train his successor.  In his prophetic work, Elijah has planted the seeds of trees in whose shade he will not sit.  Elijah understands all this….

…which is why he takes a younger prophet, Elisha, under his wing.  Through several seasons, Elijah mentors Elisha.  Elijah teaches his protégé how to read and interpret Scripture and the political and social conditions in which they live.  Elisha has observed the prophetic actions Elijah has taken.  He’s been soaking it all up….learning, learning, learning…

But now, Elijah knows it’s time for him to leave the scene, which means it’s time to pass the torch.  The time has come to anoint Elisha as the new prophet of Israel.

But Elisha isn’t having it.  The shift from protégé to prophet is a big one.  Doing what someone tells you to do is so much easier than figuring out for yourself what needs to be done.  And working with a mentor… Have you had a mentor?  It’s such an intimate, sacred relationship, isn’t it?  Mentors see things in us we can’t see ourselves.  From their wisdom, they teach us.  They point out where growth is still needed.  They walk alongside us as we grow.

It wasn’t for very long, but I am profoundly grateful to have been mentored by Paul Gillespie until he died last April.  Those of you who knew Paul know he wasn’t one to hold back feedback.  If he saw you doing something that wasn’t productive, he told you quickly and clearly what he thought.  Then, as you were leaving the conversation, he often would say, “I love you!”  I took all the feedback Paul gave me because I knew he only wanted me to be the best pastor it’s in me to be….and because I knew he loved me.  I miss Paul.

The prospect of losing Elijah makes Elisha reluctant to say goodbye.  As they’re walking along, Elijah keeps trying to fake Elisha out.  “You stay here while I run over there for a minute…”  he says.  But Elijah has done his work too well; he’s taught Elisha how to read and interpret the present circumstances.  Elisha knows what’s going to happen… which is why he refuses to leave his mentor’s side.

Finally, they get to the Jordan River.  On the bank, Elijah takes his mantle, rolls it up, and strikes the water.  The water parts and the two of them cross over on dry ground.  Sounds like what happens in the Exodus story, right?  When the Egyptians were after the Israelites and the refugees arrived at the Reed Sea, Moses raised his arms and the sea parted.

This time, Elijah parts the river with his mantle–the symbol of his wisdom and teaching.  The wisdom of the mentor is what creates the path for Elijah and Elisha to follow.  They follow the path to the far side of the river.  They—literally—enter new territory.

When the Israelites entered new territory, their identity shifted.  No longer were they enslaved individuals; now, they were a free people.  When Elijah and Elisha cross the river, Elijah moves to retirement; Elisha transitions from protégé to prophet.

As their roles are reversing, Elijah asks Elisha:  “What do you want me to do for you?”  To that point, the question always had gone the other direction.  Now, as protégé becomes prophet, it falls on Elisha to assess what’s going on and make a plan for moving forward.

Here’s his plan.  He asks for a double portion of Elijah’s spirit.  Elisha knew that doing what Elijah did was going to require twice as much of whatever Elijah had to do it.  Elijah says it’s a hard request, then tells Elisha:  “Yet, if you see me as I am being taken from you, it will be granted you; if not, it will not.”

This is significant.  Elisha will get what he needs to do the work that must be done if–and only if–he sees his teacher leave.  If he doesn’t witness the departure, he can always imagine that Elijah is just in the next room.  If Elijah is just in the next room, there really isn’t a need for Elisha to claim his own power to do what needs to be done.  He needs to see Elijah leave the scene so he can understand completely that the work is now on his shoulders.  He might feel inadequate, but the work now rests solely on him, regardless of how he feels.

As gut-wrenching as it must have been to watch his beloved mentor be carried away in the chariot, watching the departure was vital to Elisha’s being able to answer his call to act the world into wellbeing.  Elisha grieves, to be sure.  When the chariot is finally out of sight, he falls down and tears his clothes, a sign of deep mourning.

Once his mourning is done, though, Elisha picks up his mentor’s mantle.  That image—of picking up the mantle—is so clear, so powerful in this story, that it’s become a near-universal symbol of carrying on a mentor’s work.  Like so many people have picked up the mantle for LGBTQ rights from the people who were present at the Stonewall Inn 50 years ago this week.  Like the leaders of the Black Lives Matter movement have picked up the mantle from the Civil Rights leaders who came before them.  Like Matt Watroba, who will be with us in a couple of weeks, has picked up the mantle of community singing from Pete Seeger.

Once Elisha picks up the mantle, he does the same thing his mentor had done just a little bit before, he rolls up the mantle up and strikes the water.  The water parts again, and Elisha crosses the river back into Israel.  He left Israel as a protégé.  He returns as a prophet.

All week, as I reflected on these crossings of the Jordan River, I couldn’t get another image out of my mind.  I’m sure you’ve seen it.  The haunting image of that young father and his daughter who drowned trying to cross the Rio Grande.  Where was the mantle that would have made it possible for that father and his 23 month old daughter to cross the Rio Grande safely last Sunday?  Where was the wisdom that would have made a path for them? 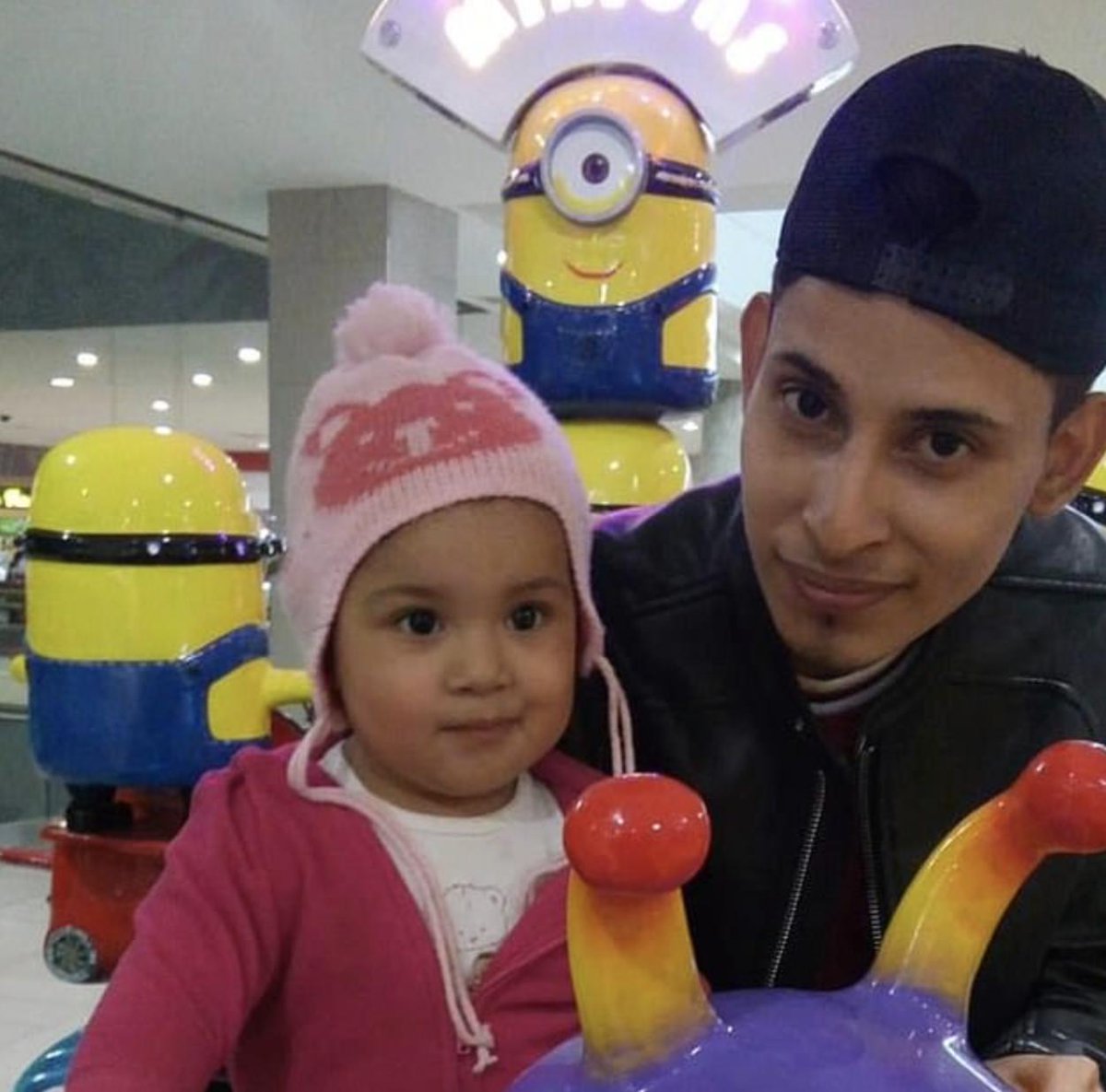 It’s a challenge knowing how to preach each week.  There are so many places of brokenness in our world, so many people who need to be acted into wellbeing.  And because so many of the changes that need to happen are systemic, the fixes aren’t quick and easy.  Adequately addressing issues like poverty and climate change and racism…I can talk about those issues, but if we don’t take action, then sermons are nothing more than brokenness reports.

But offering brokenness reports isn’t enough.  We must take action.  And I know we can’t take action to address all the brokenness in the world…we’re a small congregation with only so many resources.

And.  We.  Must.  Do.  Something.  We cannot call ourselves followers of Jesus if we don’t.  It’s as simple as that.  I know there are lots of other places of brokenness in our world that need attention and care and justice.  I know many of us are working in some of those other places.  I know we need to continue that important work.

Have we?  Have we lost our souls?  Did anyone just hear Paul Gillespie shout “NO!” At Paul’s memorial service, I invited us to live our lives in ways that would elicit one of those full-throated “Amens!” from Paul.  I suggested that might be a way of continuing to feel close to Paul.  I know we lost Paul before any of us was ready to let him go, but in his time with us, Paul Gillespie mentored us well.  He taught us what it meant to be a follower of Jesus.  He showed us how to stand up to injustice.  He saw things inside us and inside this church that we couldn’t see for ourselves.  Paul isn’t here anymore.  Paul hasn’t seen the disturbing photo we’ve seen this week…But as our mentor, Paul gave us what we need to continue the important work of justice.  Paul gave us what we need to address the cruelty being perpetrated by our government at our country’s southern border.  And when Paul died, he laid down his mentor’s mantle.

In the silence, let us reflect.  (Silence)