Posted on July 8, 2018 by reallifepastor

Week before last, I attended songwriting camp.  As she drove to camp, my good friend Kate penned a song that was inspired by her one-year-old grandchild.

With her I’m safe from any harm // And here we are together.  Chorus

But mommy’s here so it’s all right // And here we are together.   Chorus

We need a place where I can play // And we can stay together.  Chorus

And I’m as scared as scared can be // ‘Cause we are not together.

The policy of separating families at the border has been roundly condemned…and rightly so.  I was glad to see so many of you participated in last weekend’s march.  I understand that immigration issues are complex.  But traumatizing children for political purposes is cruel.

In addition to being cruel, family separations at the border also demonstrate the stark difference between having power to choose what happens to you and not having that power, between being privileged and being marginalized.  Choosing to play a “special game” of Peek-a-Boo with Mommy or Daddy is very different from becoming a pawn in someone else’s game.

Reading today’s Gospel lesson through the lens of what’s happening on our southern border, I’m struck by the privilege assumed in the passage.  Jesus goes home to preach.  The close-minded-ness of folks in his hometown makes it difficult for Jesus to accomplish much there.  So what does he do?  He simply moves on.  He has the power to make that choice.

Then Jesus sends his disciples out two by two and tells them to take nothing for their journey.  He invites them to choose poverty—choosing poverty is a privilege.  Having it thrust upon you is very different.  Then when Jesus warns the disciples they might not be welcomed every place they go, he tells them to “Shake the dust off their feet as a testimony against them” and move on to the next place.

Which is all well and good…but what if there is no other place to go?  As we heard from Angelica’s story a couple of weeks ago, many of the people at our border seeking asylum have no other choice.  For them, staying home means certain death.  Many people at the border literally have nothing left to lose.  All of Angelica’s family, except her 3 year old granddaughter Sophie, were murdered by Mexican cartels.  If Angelica and Sophie stayed in Mexico, they too would be killed.  Their only hope was to seek asylum in the U.S.  Had Angelica and Sophie been turned back at the border–which fortunately, they were not–they would not have had the luxury of “shaking the dust off their feet” and moving on.

I’m talking here about the people caught in social and legal systems that keep them chained to the underside of society, people whose attempts at taking care of their families and creating meaningful lives—what we all try to do—are stymied at every turn.  I’m talking about people who have few choices in life, people who are not afforded the privilege of “shaking the dust off their feet” and moving on to better circumstances.

People, perhaps, like Mattie and Acey, the married couple who worked for my grandparents on their farm for decades.  Mattie helped Granny around the house and with the chickens.  Acey helped Pa Joe with the rest of the farming, tobacco and hogs, mostly.

Everybody loved Mattie and Acey.  They were quiet people, and kind.  When Acey died a couple years before Pa Joe, Pa Joe was heart-broken.

As a child, going to the farm was a treat.  One summer, I remember walking with my cousins Beth and Randy down the road to Mattie and Acey’s.  In the small patch of dirt in front of their house, the three of us dug with our spoons, creating an intricate system of canals.

Our feat of brilliant engineering complete, we decided to “go calling” on Mattie and Acey.  We hauled our 5 and 6 year old selves up the weathered steps onto the porch that leaned a little, and knocked on the door.

The face Mattie greeted us with wasn’t the quiet-kind face she always met us with at Granny and Pa Joe’s.  One arm clenched around her middle, she looked something I’d never seen Mattie look before.  Mattie looked annoyed.

We asked to come in.  Mattie and Acey stepped aside so we could enter…but even at that young age, I could tell that letting us into their home cost them something.  Something dear.

The house was small–one room.  It was dark.  As children, we got the part about knocking on the door, but not so much about what to do after that–especially when your hosts didn’t seem thrilled you were there.

As we looked around Mattie and Acey’s house, I sensed that we had—unwittingly—offended these people we loved.  I learned that day the importance of entering someone else’s space only after being invited into it.  I began to understand that there are limits to hospitality.

It wasn’t until a few years ago that I began to understand the visit to Mattie and Acey’s house in terms of white privilege.  I’ve no doubt there was genuine affection between Granny and Pa Joe and Mattie and Acey, but I see now that the relationship between them had its roots in relationships established during slavery.  Quiet.  Humble.  Kind.  Doing everything that’s asked of them.  Paid, but not well.  Given a one-room shack on the property in which to live.

The shack wasn’t much, but now I realize that it was THEIRS.  That shack was Mattie and Acey’s home.  It was the one place on the farm they truly could be themselves, the one place they didn’t have to play a role assigned to them because of the color of their skin.

And a bunch of white children barged in without a thought.

That day at Mattie and Acey’s is painful to remember.  I know.  We were just kids.  We were only acting out the roles that had been assigned to us.  I wish now, though, that I had never asked myself into, that is, violated, the sanctity of their home.

As I reflect on what working for racial justice means for me as a white person chock full of privilege, and for us as a congregation with a majority of white people who also are chock full of privilege…I’m not going to lie.  Those reflections get uncomfortable.  Because, while we are well-intentioned and want desperately to DO SOMETHING about racial injustice, as people steeped in privilege, a lot of our work for racial justice involves acknowledging our privilege and listening to the stories of those directly affected by racial injustice.  It’s easy for us to see many of the ways people of color are disadvantaged economically and socially because of the color of their skin.  It’s much more difficult to come to grips with the fact that a lot of our successes in life come, not only from our own hard work, but also because of the color of our skin. 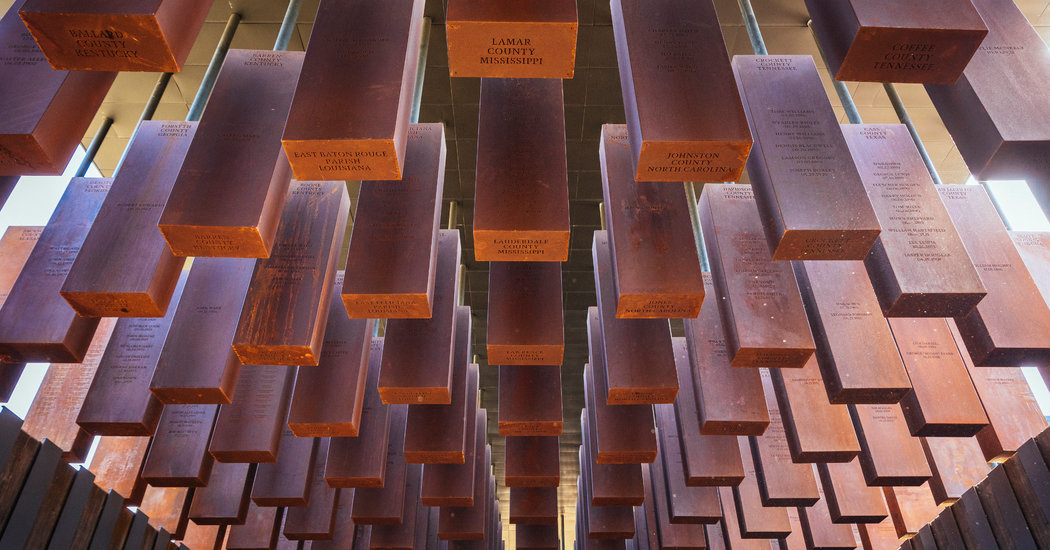 As we prepare for our pilgrimage to Montgomery, I don’t know about you, but I’m apprehensive.  I agree with Bryan Stevenson, Director of the Equal Justice Initiative, that the only way to heal our country from its racism is to face up to slavery, lynching, and all the other racist practices that have evolved from them.  But as a white Southerner, what that means for me is acknowledging that people with my DNA likely contributed to the deaths of some of the names we’ll see on those markers at the memorial.  That’s a lot to take in and to take on.

So, how do we participate in this pilgrimage with authenticity?  How do we learn from it without becoming mired in guilt or overwhelmed by exposure to so much cruelty?

Though today’s Gospel story presumes a lot of privilege, it also suggests a method for participating in our pilgrimage.  When Jesus sent the disciples out, how did he send them?  He sent them two by two.  He sent them together.  And what happened?  The disciples cast out demons and accomplished a lot of healing.

As we undertake our own pilgrimage in the next month—those of us making the literal trip as well as those making it vicariously—I suspect that if we embark on this journey together, we too will learn more and grow deeper in our understanding of racism and of our own participation in it.  And who knows?  Perhaps we will return from Montgomery also having cast out a few demons and—just maybe—having brought a little healing to ourselves, to our country, and to the world.